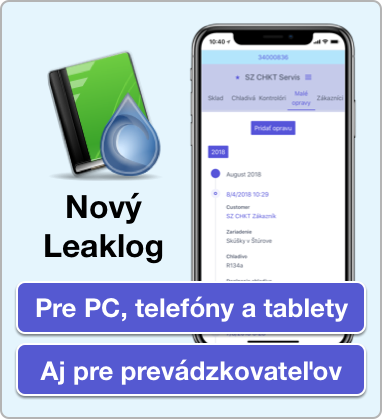 As a contact person of your company, you have the ability to act on behalf of another employee. By selecting an employee from the list above and clicking Confirm, you will enter the account of the selected employee just as if you had known the password. To return to your account, click Return to your profile.

Scope of the conference

Background of compressors production in Slovakia: Calex a.s. has been manufacturing their own low-velocity hermetic compressors since 1954. In 1968 a new generation of bi-polar compressors developed at the Calex plant were produced, placing the company among the first European firms in such manufacture. The end of the 1970s saw an attempt to develop a home variation of shaft compressors. In the year 1992  a compressor licence was purchased from Samsung Electronics, which allowed production of five types of compressors with a cooling performance from 70 up to 162 W.

The Embraco Slovakia started from 1998 in Spišska Nová Ves a new production of higher performance compressor lines for white technology and commercial cooling. More than 4 million pieces are produced annually.

In the recent years development has sped up and construction, materials and technology have improved in the manufacture of low output compressors. The catalyst of the explosion in new manufacturing of construction and technology is the dynamic development process of coolants and oils. A large space has been given for discussions among specialists from research, development and manufacture in the areas of alternative coolants, their blends, the closely watched usage of pure hydrocarbons, particularly for domestic refrigeration, further changing of thinking as regards the evaluation of compressors on the principle of the TEWI factor. The nowadays efforts are focused on electrical energy consumption and applications of natural coolants.

Our international conference aims to be a meeting place for the knowledge of specialists from the west and east with the goal of looking at the future through the choppy sea of information and new results in science, research and production.

Conference held usually on September in the Congress Center Papiernička, Castle Red Stone and Castle Smolenice nearby Bratislava, Slovakia  attracts up to 190 participants from 17 countries. 60 papers and 10 conference exhibitors. Main sponsors in the past were Embraco Slovakia, Secop and companies Bitzer, Daikin and Emerson. Conference has its own symbols compressor’s bell and pipe.

Proceedings were available before of the conference. First day a welcoming glass of wine was held at the castle Red Stone with Fujara´s show and the second day garden party was held on the courts of the castle Smolenice with typical medieval castle program and dancing school. Program was finished by firework.

Within the conference program social gatherings for participants and presenters in the Danubiana galery, Bratislava castle with a typical Slovak program will be organized. Other technical visit, social entertainment and relax activities will also be available.